The story behind the QbD Group

How QbD came to be

After a long period of contemplation, Bart Van Acker founded his own company in the summer of 2011. Since he had worked for an IT consultancy company for many years, he knew exactly what the market needed, and so he finally took the plunge. A risky move, but an instant hit nonetheless.

Alongside his roommate Albert Verschoor, he managed to establish the right contacts, which quickly resulted in some of their first project offers. Up to this day, QbD still provides its expertise to customers that have been there from the very beginning.

Given Albert’s Dutch origin, they were able to officially launch QbD Netherlands in 2013. While Bart focused on the projects in Belgium, Albert was active in the Dutch life sciences market. 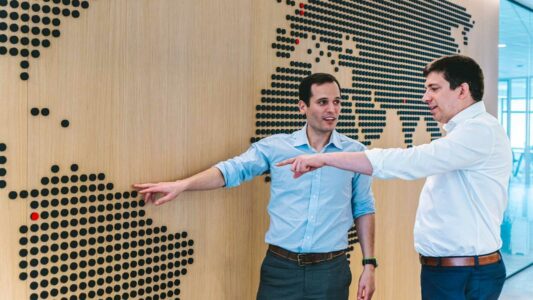 In just a few years’ time, the two of them acquired an extensive client portfolio, for which more and more consultants were needed. This also meant that some steps needed to be taken within the field of HR, and so Elly De Bruyn, Bart’s partner, became QbD’s HR Director in June 2013. Elly was hired at exactly the right time because QbD continued to grow in Belgium.

In 2016, they found a suitable Spanish partner with whom they established QbD Spain, with its office in Barcelona. Within that same year, QbD also crossed the Atlantic Ocean to open a fourth site in Mexico, through the acquisition of BPF.

QbD clearly never sits around. During various ongoing projects, it became clear that the software that was used to do various quality checks was extremely expensive and even unaffordable for smaller companies. As a result, companies often continued to work on paper.

In 2017, QbD saw this as an opportunity to come up with an affordable software solution, based on the SaaS principle. This solution allowed companies to only pay for what they actually used. Moreover, QbD Software is the only software on the market that has already been validated.

Although QbD planned on taking it easy in 2018, without any new launches, they founded a new office in Colombia, followed by a sales office in California. The best opportunities often come along when you least expect them!

2019 got off to a flying start, with the foundation of QbD Wallonia and QbD France. QbD wants to make its services and expertise available worldwide and is still working on further expansion plans. 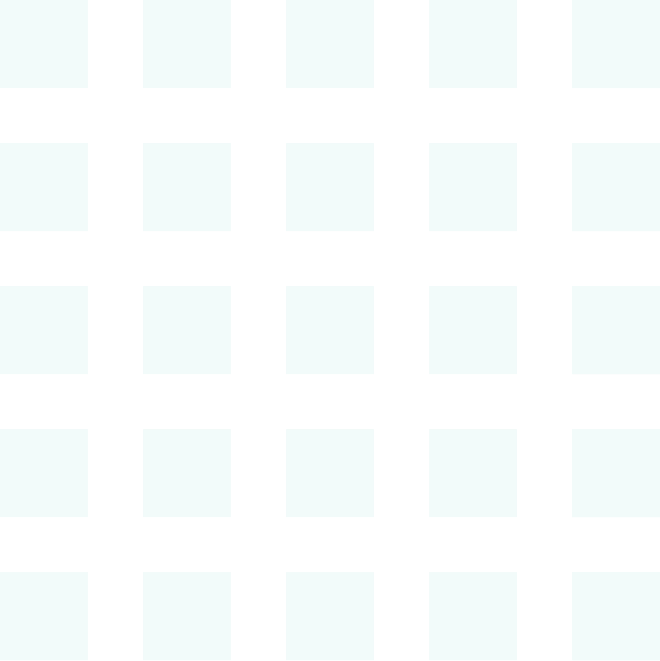 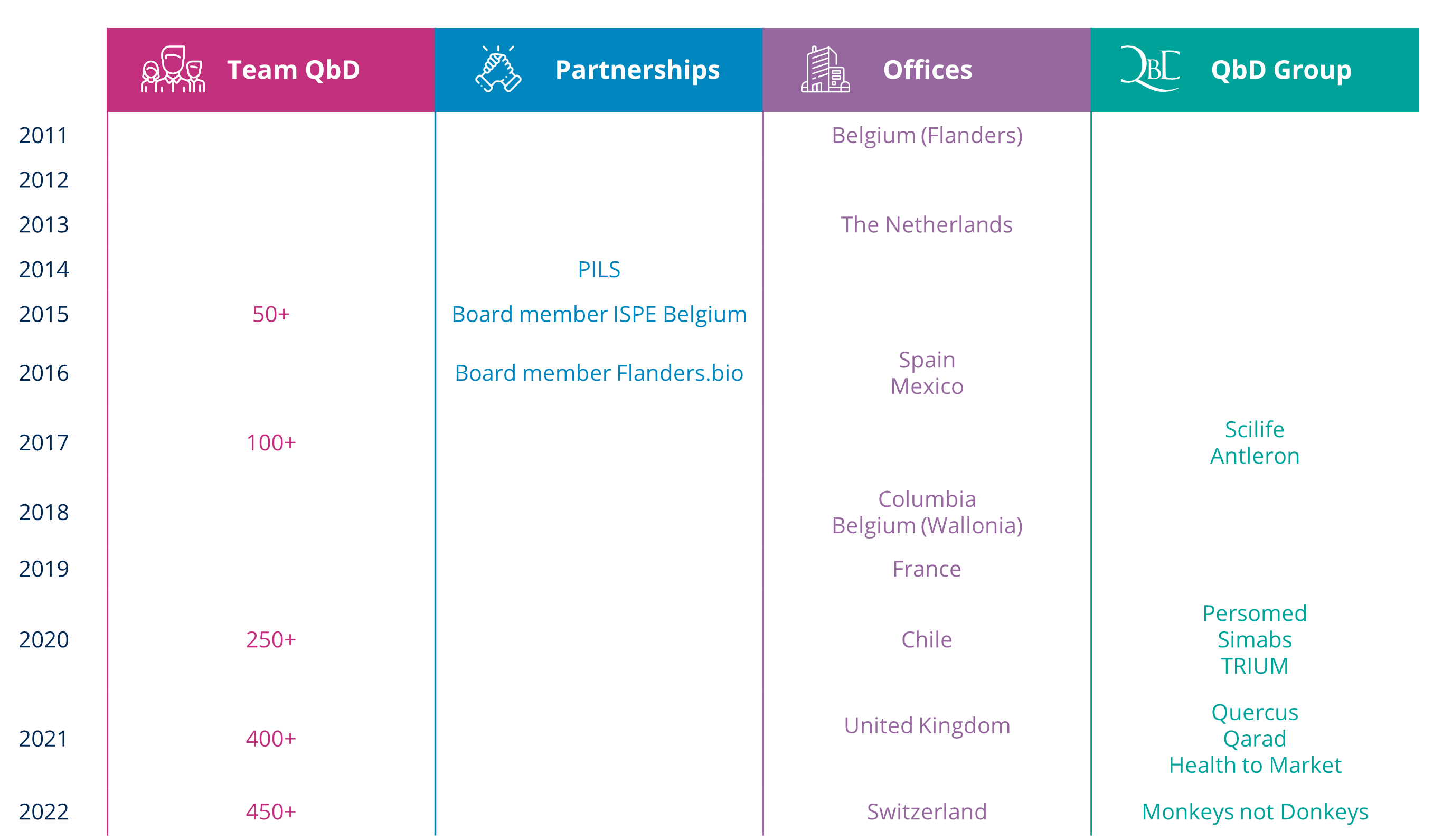 Bart Van Acker graduated from university with a degree in bio-engineering. In 2003, he started working as a validation engineer at Alcon-Couvreur.

A year later, an IT integrator firm acquired the validation team. When the business grew, Bart was given the responsibility for both business development and the joint venture with Passwerk, an IT company that employs people with an autistic spectrum disorder (ASD).

Bart then became a business unit manager for the pharmaceutical sector and testing activities. Year after year, this business unit was one of the most profitable departments of the company.

In 2011, Bart decided to found QbD, and now, many years later, the company employs more than 450 people at multiple international locations.

If you want to guarantee the best possible results, you have to focus. This is one of the major assets of a small company like Quality by Design. Whatever the company earns is reinvested in the business: in the staff, the organisation and solutions for clients. We take decisions rapidly. This means we are able to respond to needs and trends in a flexible way. 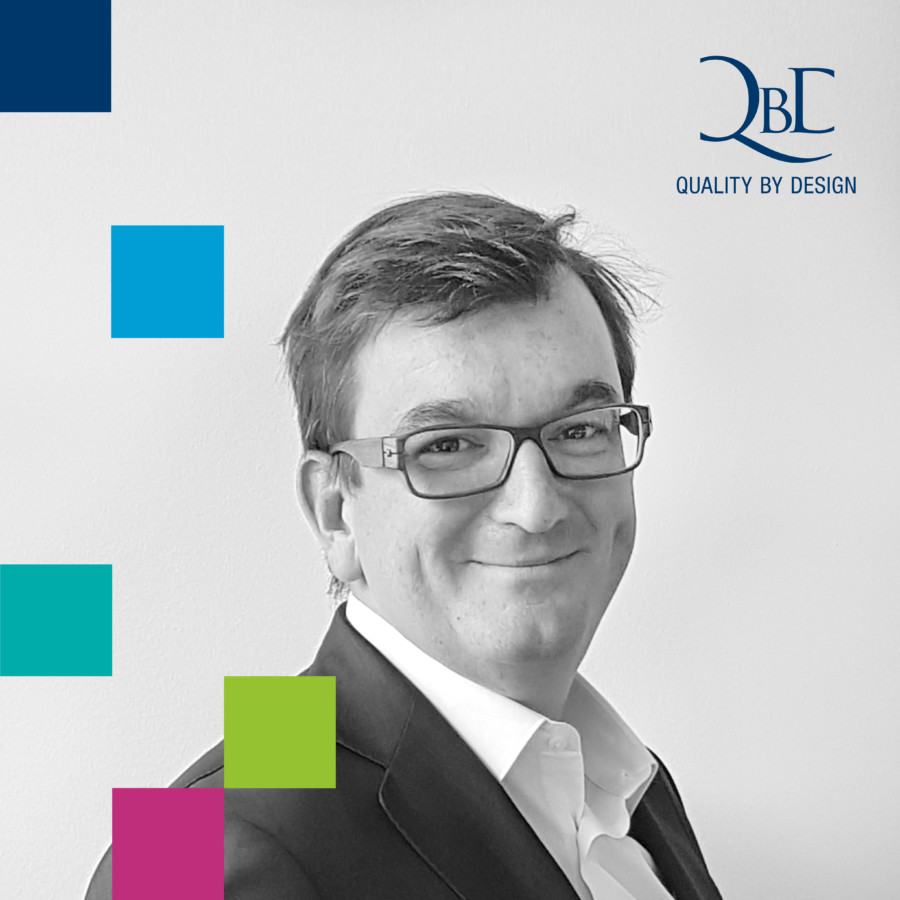 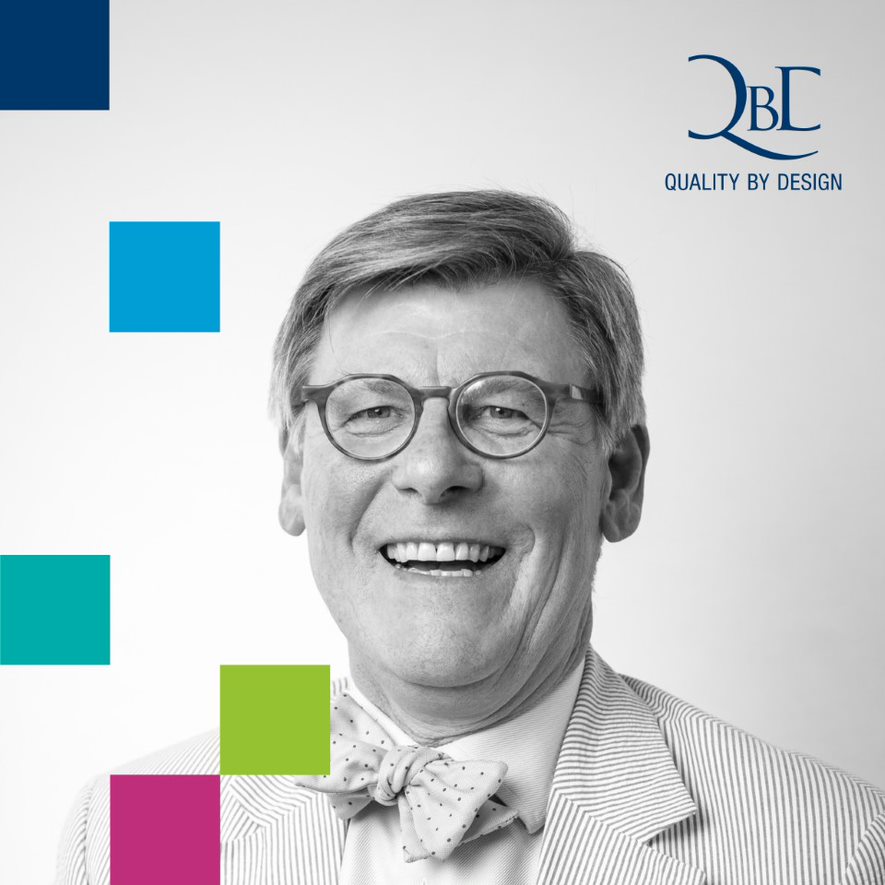 Albert Verschoor ran QbD Netherlands from the very beginning. QbD’s ambition for the Netherlands is clear: to follow the same growth pattern as Belgium, with customer focus as a priority. Albert Verschoor studied psychology and IT and worked in consulting.

He worked in sales for various organizations, including chemical and petrochemical companies. During his time at the Dutch multinational Royal DSM, Albert was part of the company’s transformation into a life sciences company.

This job required him to familiarise himself with GMP. Albert and Bart met during a GMP training, hosted by Bart.

The pharmaceutical industry is currently undergoing an exciting transformation. Medical and biotechnological innovation happens very fast, research and development processes are under constant scrutiny and business and sales models are changing. QbD can add a lot of value to those change processes. Moreover, QbD contributes to products that help people. I find that idea motivating.

Thanks to José and his international network, QbD Spain, Mexico, and Colombia became reality. José has twelve years of experience in introducing products and services to an international market.

With Spanish as his first language, he’s the glue that holds the six international locations of QbD together. He’s the first point of contact for the Spanish-speaking Jaime (QbD Mexico) and Johana (QbD Colombia).

At the beginning of 2019, José took over the General Manager role for QbD Spain. He’s highly motivated to bring QbD Spain to the next level.

QbD Spain was founded in 2016 with an office in Barcelona. The QbD group actively supported our go-to-market. Because of that, we were able to grow into a phase in which many other companies often give up. The knowledge that’s present in and shared by the other countries is most certainly of great value. I’m very proud to be part of such a focused and result-driven company. 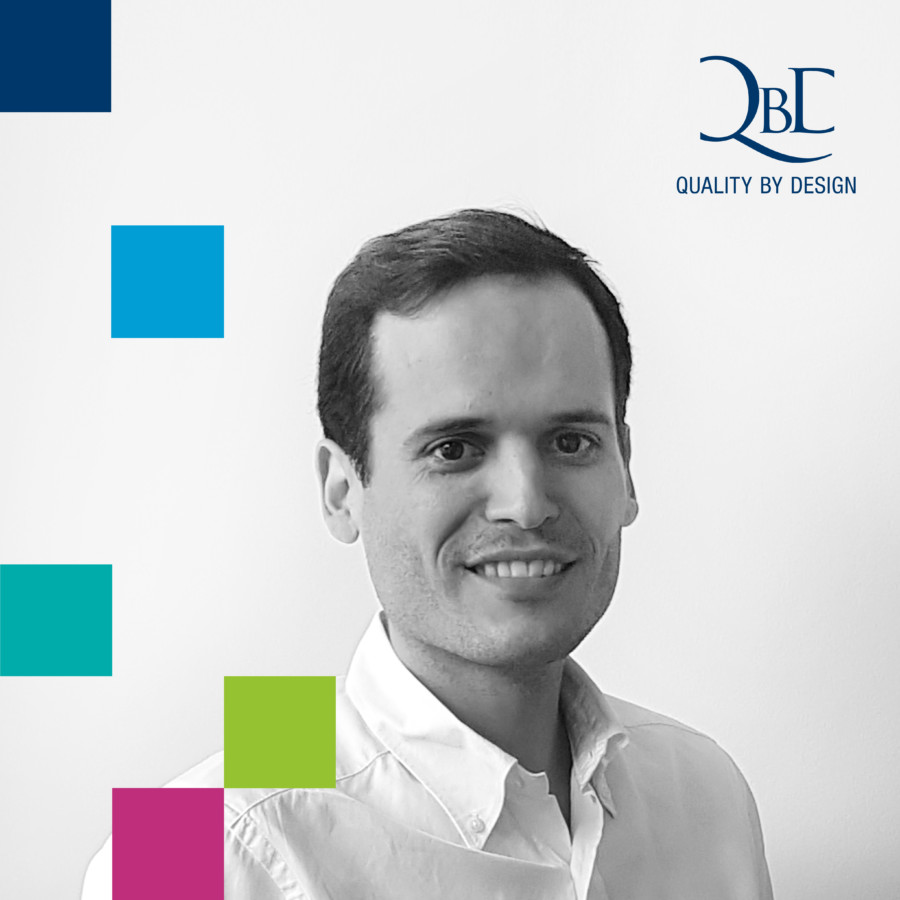 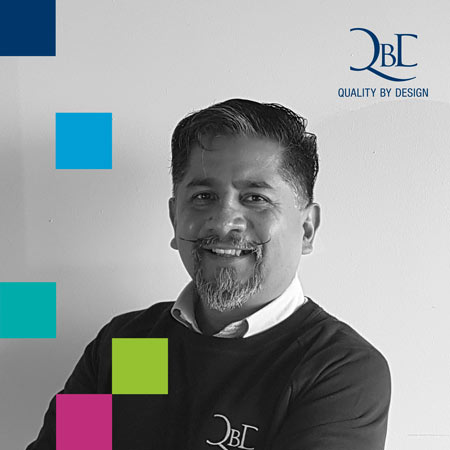 As a QFB (chemical bio pharmacist) who has graduated from the National University of Mexico (UNAM), Jaime has been working in consultancy for the pharmaceutical industry since 1999, focusing on validation, QMS, CSV, and project management. During his career, he has helped and advised over 150 of the main pharma companies in Mexico.

When QbD Belgium was looking for a company in Mexico to help them expand the QbD business and set up a strategic collaboration to create a global company that serves the international pharma industry, Jaime found that QbD’s vision, values, and principles were similar to theirs. This resulted in the launch of a new company: ‘BPF – part of QBD’.

Both companies are similar in many aspects. The nature of our work is based on the same principles: quality systems, regulations and the best service. We are both dedicated to bringing the best quality solutions to the industry. Together we can focus on doing the right things and achieving mutual benefits. We are able to reach global expansion of our businesses and optimise our services to meet our clients’ needs even better.

Learn more about our values